Directed by Ani Laurie and BILA 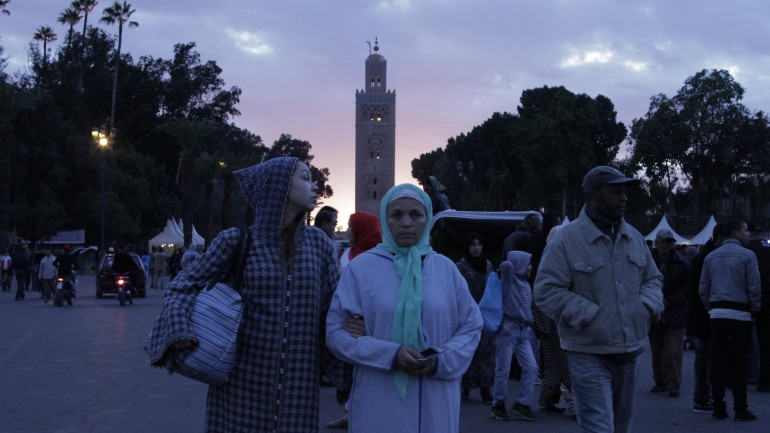 Sofia left Morocco for London to support her mother and fund the search for her missing brother. Living a life of fear and struggle, the resolute Sofia takes the opportunity to obtain legal papers when friends offer to facilitate an arranged marriage.Raw and poignant, the black and white cinematography heightens the immediacy of the performances.

Born and raised in London Ani began her career as a Fashion stylist at the tender age of 17 working with Grammy award winning rapper M.I.A “Mathangi Arulpragasam”.
Ani joined NBC Universal International where she remained in business as head of Marketing for four years – she spent her downtime writing scripts and filming. In 2012 Ani directed the film Sofia. Ani won the Toledo Scholarship of 2013 and is studying towards her Masters in Directing Fiction at The National Film and Television School.
Ani has recently completed two films which she has written and directed: The Wheel & B L U E – both shot in 16mm.

BILA began her career exclusively as a musician – writing and curating songs for herself and, at times, others. At 17 BILA was recording as part of a girl band in Warner Bros studio. As money was tight BILA worked various menial jobs as well as working as a model – representing women of all shades of colour in commercial publications during the mid 2000’s.

She later enrolled in some training at the Central school of Speech of Drama. She stumbled upon the works of K.Stanislavski and Anton Chekhov and found herself discovering more of the craft at The Moscow Arts Theatre in Moscow (MXAT) where she best describes her time there as a ‘ re-birth ‘ Bila is committed to acting as well as music.