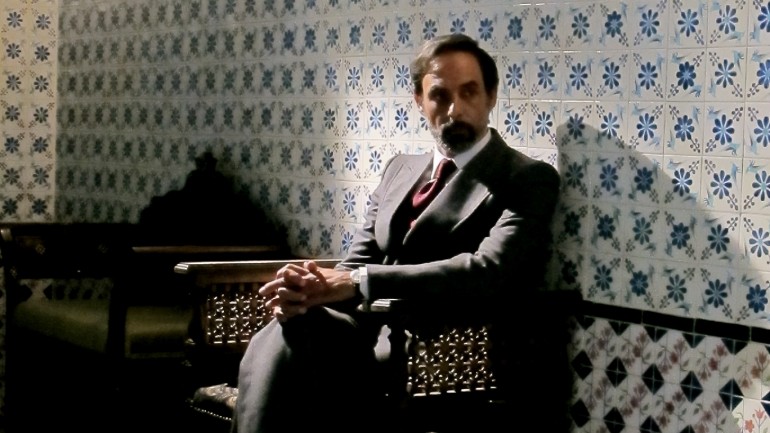 In 1977, Kh’lil Khalsawi, a law professor in Tunisia, under the ruling party’s instructions, would represent the party in a league of human rights that has been founded not long ago. His mission is to defend the official positions inside the league during this turbulent time when the government and the labor union are on bad terms.

Mahmoud was born in 1947 in Tunis, Tunisia, to a family of Turkish origin who had settled in Tunisia in 1710.[1]  He studied at the INSAS Belgian school of cinema were he completed his graduation in field of filming. Later, he studied art history, archeology and journalism at the Free University of Brussels (ULB). These multidisciplinary studies gave him a solid training to face the field of cinema.[1]

Mahmoud made his first feature film Crossings (Traversées) in 1982. His second feature film, released in 1992, Chichkhan, Diamond Dust (Chichkhan, poussière de diamant) was selected for Directors’ Fortnight at the Cannes Film Festival. Mahmoud has also released a number of documentary films between 1992 and 2006, such as: Italiani dell’altra riva (1992), Anastasia de Bizerte (1996), Albert Samama-Chikli (1996), Ennejma Ezzahra (1998), The Thousand and One Voices (2001), Fadhel Jaibi, a Theatre in Freedom (2003) and The Beys of Tunis, a colonial monarchy in turmoil (Les Beys de Tunis, une monarchie dans la tourmente)(2006). Meanwhile, he has still continued to make films that have marked his film career success, such as Naps grenadines which was released in 2003.[1]