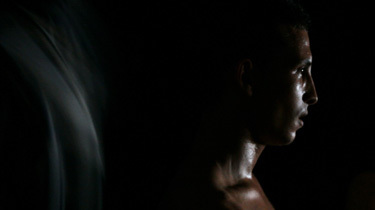 Algiers. Choreographer Abou Lagraa and Nawal Aït Benalla Lagraa conceived this first training of contemporary dance in Algeria as a bridge between Mediterranean cultures. Ten dancers were selected to give birth to Lagraa’s choreography Nya.”O my Body!” depicts the structuring of this group of dancers, mostly composed of self-taught hip-hop street performers, till the evening of the world premiere at the National Theater of Algiers.

in 1976 to a Moroccan father and a French mother, Laurent Aït Benalla is one of the founders of SLAB, a Montpellier-based production centre for documentaries. His films – all so far under an hour – include ‘Un couteau et un cœur (2009); ‘Marcel Hanoun, chemin faisant’ (2010), which observes the late 81-year-old Tunisian filmmaker at work; and ‘Suite anglaise’ (2011).