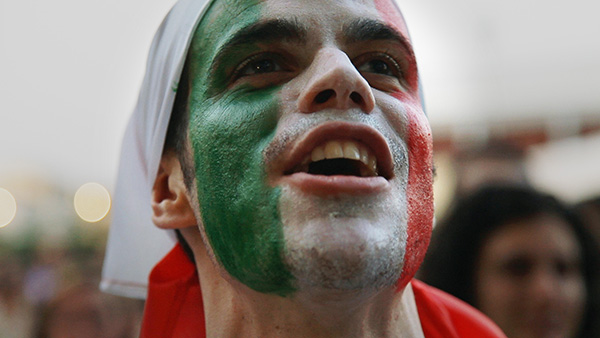 ‘It’s About to Rain’ tells the story of Said, a confident and ambitious young man, born and raised in Italy from Algerian parents, who studies and works as a part-time baker. When the director of the factory where his father works commits suicide, the family is suddenly faced with the worrying reality of not being able to renew their residency visa as they have done for the past thirty years and receive a letter of expulsion. Said’s life takes a sudden dark turn: Italy, the country that he has always considered as his, now appears to be a rubber wall that pushes him to go home, to Algeria, a place he has never even visited. In the attempt to find a solution and bring attention to a problem that is more and more widespread in contemporary society, Said embarks on a journey that takes him to lawyers, worker’s unions and the press through the meanders of a retrograde legislative bureaucracy, the reconsideration of his identity and a deep dilemma: should he remain illegally in Italy or leave for Algeria with his father, helping him to build a new life in the country he has left thirty years ago?

Haider Rashid was born in Florence, Italy to an Iraqi father and Italian mother.[1] His father, Erfan Rashid, is the director of the Arab Programme at the Dubai Film Festival. At a young age, Rashid has been working as an actor and later became a camera operator and editor for television. The first short film that he wrote, produced, directed and edited was Come Acqua in 2004 which was screened at the Marche’ du Film of the Cannes Film Festival. Towards the end of 2004, he moved to London to study film.

Rashid wrote, produced, directed and edited Between Two Lands in 2005, a portrayal of four members of the second generation of Iraqi expatriates. The film was commissioned by the independent Iraqi channel Al-Fayhaa TV and screened in various festivals.