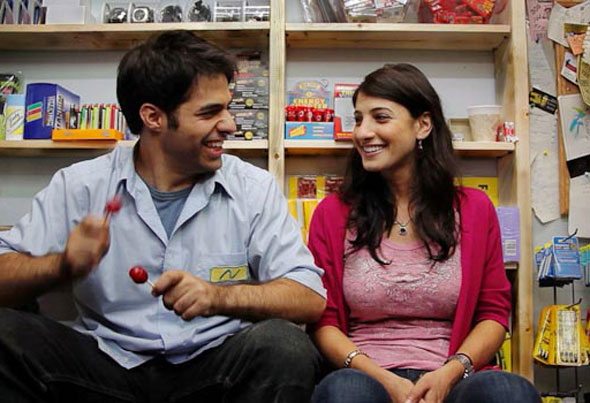 Between Detroit and Arab-America, Sami works behind the bulletproof glass of a 24-hour gas station with his cousin Mike. Inside this unique neighborhood, the station is more than just a pitstop for rolling papers and fake perfume, but a place where an infinite stream of spirited and often hilarious people flow through. When Najlah walks in, Sami//’s shift becomes anything but routine.

Born in Lebanon, first-time director Nashef drew on her personal experience growing up in Detroit as she attempted to humanize Arab-Americans for North American audiences in the film. Shooting took nine years, during which she had to overcome a serious back injury and invent creative solutions to a lack of funding.