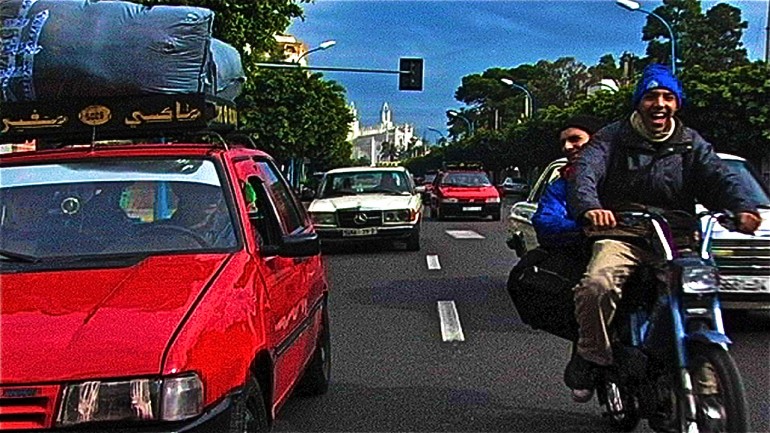 Casablanca Mon Amour is a modern road movie that encapsulates the more complex and fractured nature of living in a world where TV and wars compete for headlines and occupy imaginations. Using movies as a road map between yesterday’s Hollywood and today’s Morocco, Casablanca Mon Amour offers a Moroccan perspective on the long and entwined relationship between Hollywood and The Arab/Muslim World. Casablanca Mon Amour offers more than a dry critique of the impact of media on culture. Instead, the film takes a human and humorous look at the effects Hollywood films have on people’s imaginations and affords Moroccan’s (our movie set ‘extras’) an opportunity to talk back—which they do in intelligent, witty and wildly ingenious ways. Casablanca Mon Amour uses the process of movie making as a way of turning the Great American Story on its head – and offering Hollywood and America a story about itself.

Producer/director John Slattery began work in television as a Peace Corps Volunteer in Morocco. While studying directing and cinematography at UCLA he received the Kenneth Macgowan Award, the Joseph Drown Award and the Edgar Brokaw Scholarship. He has collaborated with several producers, DP’s and organizations on short and feature films and TV shows. In 2004, Slattery founded Zween Works – a multidisciplinary film and video production house.