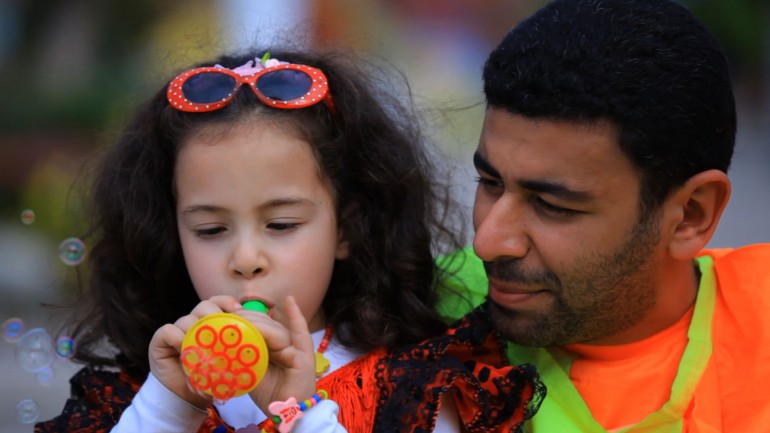 Asham is a film in the style of Coffee and Cigarettes and Nine Lives. Six intertwined stories about aspiration, disappointment, and hope are tied together loosely through the character of Asham who encounters the characters at critical points in their lives. The stories take place against the backdrop of a restless Cairo before the January 25 revolution. The city is troubled: traffic is gridlocked, a man threatens to throw himself off a building to protest government injustice, street peddlers are harassed by the police. The tension is palpable.

Born in Alexandria, Maggie Morgan graduated from and now teaches film studies at the American University in Cairo. She directed her first documentary, ‘The Picture’, in 2002. Her medium-length feature ‘From Within: Her Stories’ was shown at numerous festivals, while her documentary ‘Egypt in the Eyes of Mair’ screened on MBC’s Al-Arabiya Channel in 2009.